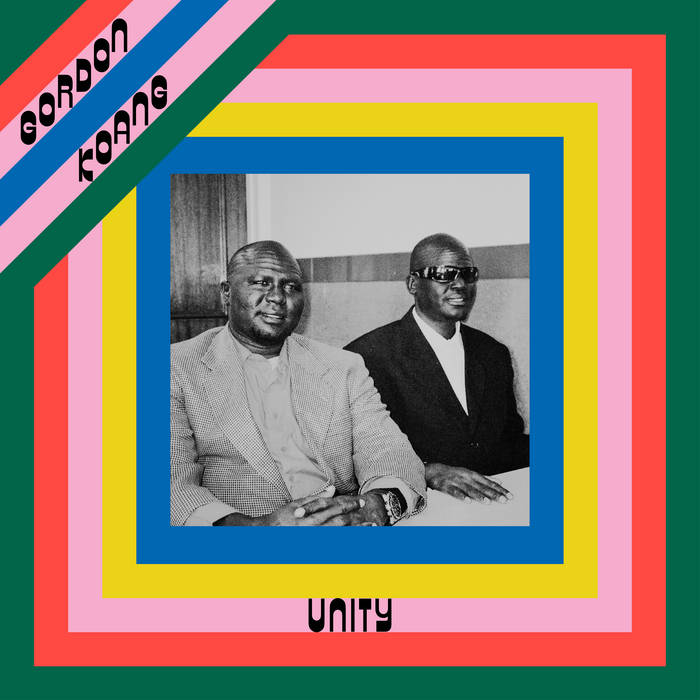 Divvey Fallfan So positive, so uplifting. Magic music. Thank you

JohnDup it is so much positive vibes. thank you. :)

Mark Neal right at the top of my highly anticipated list! cannot wait to drop the needle on this and awkwardly dance around my house

Gordon Koang is a fountain of warmth and joy, immediately accepting any stranger who strays into his presence. With a beaming smile that is unfettered by blindness, a condition he has lived with since birth, Gordon welcomes any and all around him, encouraging them to sit for a while and chat, maybe even to share a song.

Originating from the Nile Valley in what is now South Sudan, Koang was born blind and began playing music from an early age, busking on the streets of Juba and producing his own self-released CD-R’s and cassettes, before becoming a crowd favourite and recording a series of singles and music videos celebrating South Sudan’s cultural wealth. His music went viral, spreading throughout the country, and Koang was invited to perform at everything from weddings and political rallies to church meetings and parties alike. His reputation quickly grew as the poet and homegrown hero of the Nuer people, sometimes called the ‘Michael Jackson of South Sudan’.

In 2013, while Koang was performing to expatriate Nuer communities in Australia, renewed conflict broke out at home. He made a difficult and heartbreaking decision to not return to Sudan, applying to the Australian government for humanitarian protection. After six long years of waiting, living in a foreign country far away from his family, he now proudly calls himself an ‘Australian’, and eagerly awaits the day he will rejoin his wife and children in safety.

Unity is, remarkably, Gordon’s eleventh full-length album, and his first since coming to Australia. It is his only recorded output in a painstakingly long six years of living as an asylum seeker, mostly recorded in the last winter months of 2019, when Gordon began performing with local musicians through the Music in Exile label. The album was completed just weeks before Gordon was awarded his permanent residency. He could have had no way of knowing, and yet there is no frustration in the songs, not a shred of impatience or anger - only Gordon’s unending positivity, his love of all people and of the world he has never seen.